The sun is descending in Astana, Kazakhstan in the form of a 75,000 square-metre high-rise over the Ishim River. Designed between Rotterdam-based Fundamental Architects and visual studio, Omega Renders, this concept building is going to be an injection of energy.

The first thing to note with this building is, of course, the massive O-shaped gap in the middle of its structure. A lack of materials? Not at all. It has symbolic and cultural reference, symbolising the sun, peace and unity. Ironically named, Tower of the Sun, the ground level will be an intersection from one side of the river to the other, via pedestrian or bicycle accessibility. The coolest thing about this project is that it is planned to utilize net-zero energy in using water streams for hydroelectric power. The concept building will also include residential areas, offices, hotels, a two-storey shopping centre and places for commercial functions, all fitted around the big O! 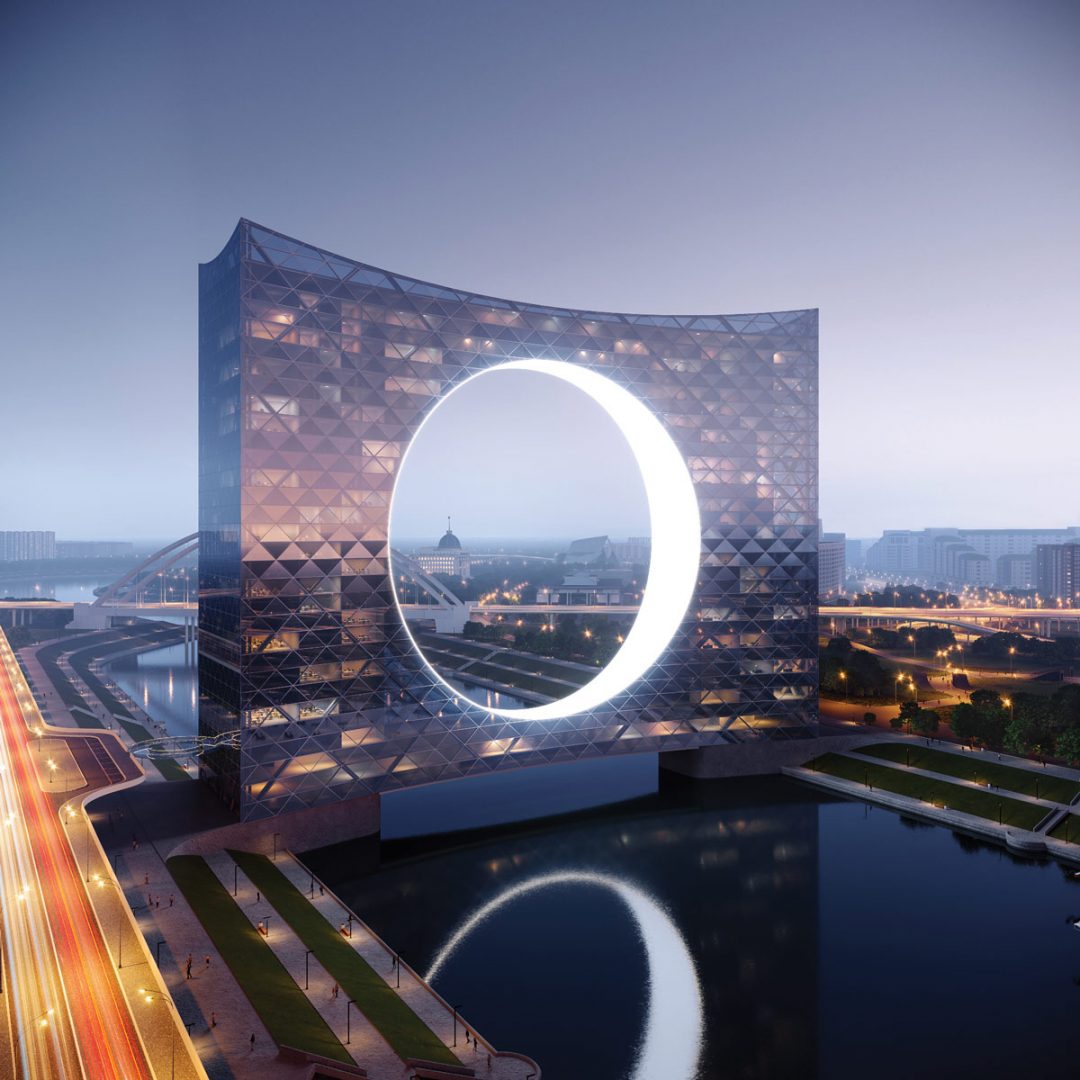 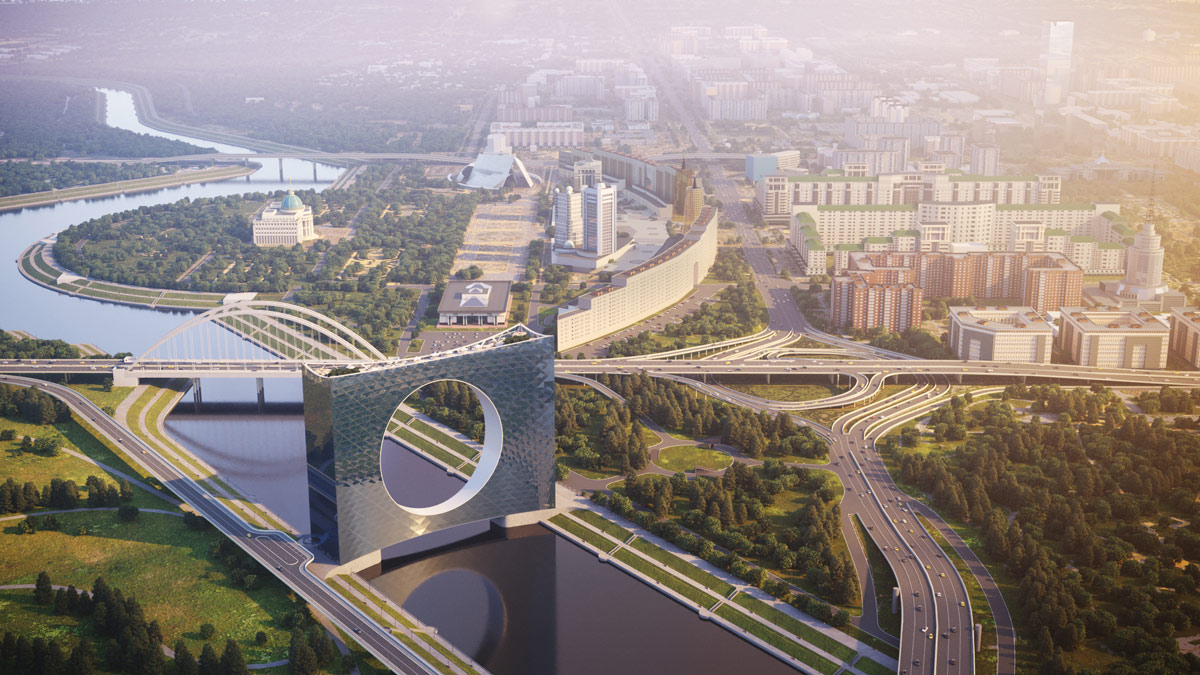 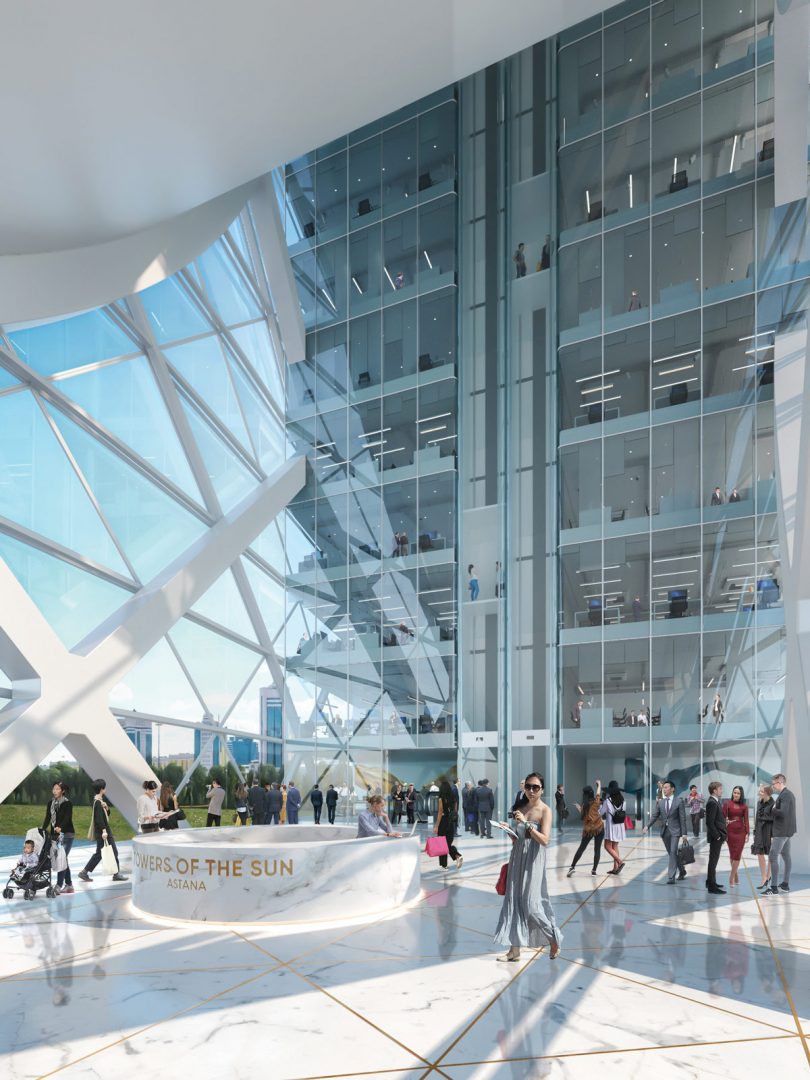