The Nature Of Time

The Cycle Of Life

The number sixty is one of the most important numbers in the world of horology and watchmaking, but, in Japan, it has an additional significance as a moment of new energy and re-birth. Sixtieth birthdays or Kanreki, which literally means “return” and “calendar” and signifies that the 60th year of a person marks the end of one cycle in the zodiac calendar, a return to birth year and beginning a new cycle.

To celebrate their 60th year and the beginning of a new cycle, Grand Seiko have been busy on several fronts. Of course, they have commemorated their important landmark with four new timepieces, but they have also launched their first boutique in Europe and a new Grand Seiko studio designed by master architect, Kengo Kuma.

Grand Seiko’s commemorative watches all have dials in Grand Seiko’s signature blue color but each one exemplifies a very different aspect of the wide range of expertise and craftsmanship that have gone into the first 60 years of Grand Seiko’s story.

A celebration to the Grand Seiko Studio Shizukuishi is the Automatic Limited Edition [SBGR321] which harnesses the brilliant blue sky over Mt. Iwate at dawn when it is tinged with the red of the morning sun that greets the watchmakers and technicians as they arrive to work. It is this combination of colors that has inspired the design of this new automatic timepiece. The blue of the dial is echoed in the vivid blue of the titanium sections of the oscillating weight and a red ring inside the sapphire crystal case back mirrors the glow of the morning sun.

Paying homage to the famous 44GS from 1967, whose design became the Grand Seiko visual signature is the Hi-Beat 36000 Limited Edition [SBGH281]. In honour of the 60th anniversary, the Grand Seiko symbol is in gold and the seconds hand is in a vivid red, colors that, together, symbolise a sunrise and of course a new dawn. 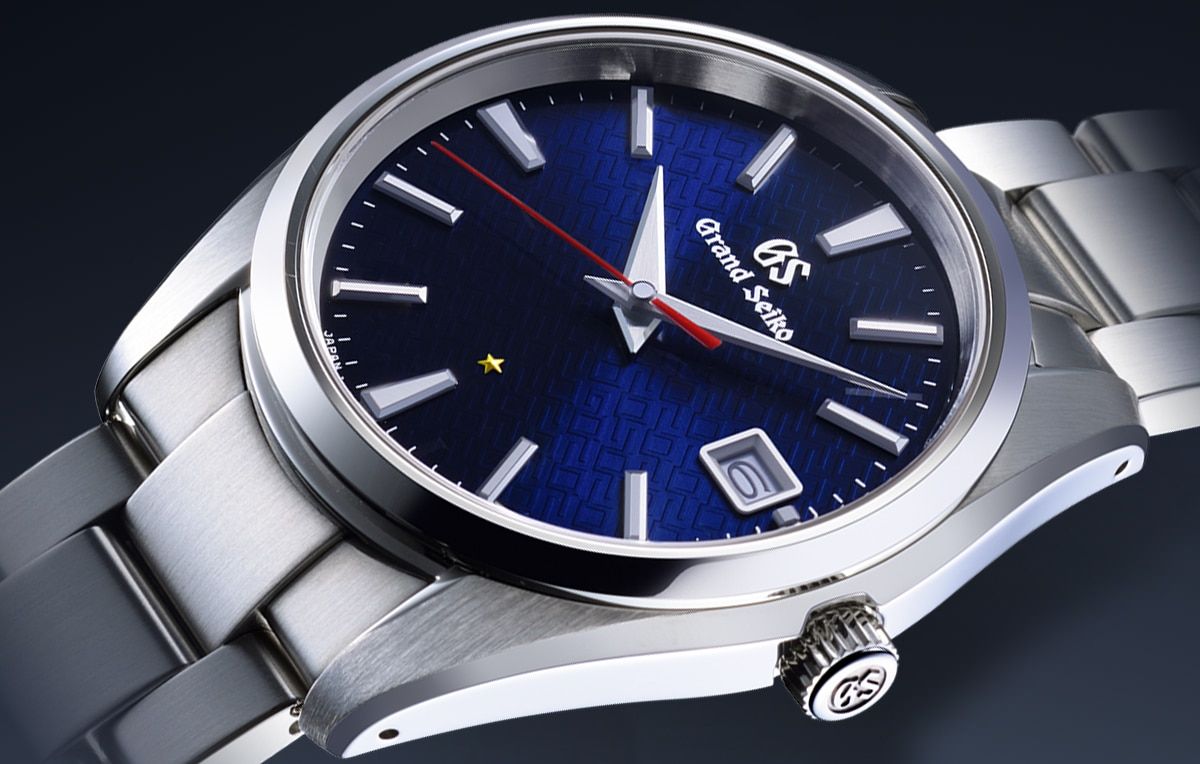 The Quartz Limited Edition [SBGP007] gets to showcase a new quartz movement in the form of the Calibre 9F85. The dial has a unique marking with a 2020 pattern, a modern case design and a thin bezel all offset with a vivid red seconds hands.

The second watch to have the new quartz calibre is the Sports Collection Quartz Limited Edition [SBGP015] featuring a ceramic bezel that is almost impervious to scratches. The Grand Seiko blue dial is offset with LumiBrite markers and hour and minute hands.

These timepieces really are a testament to the very best of Japanese precision and craftsmanship which has been coveted the world over. This is formalised even further with the first European Grand Seiko Boutique which opened its doors at 7, Place Vendôme, Paris in March this year. As well as having a very fashionable address, it can boast that it is the largest Grand Seiko Boutique in the world and home to the widest range of Grand Seiko timepieces outside of Japan. 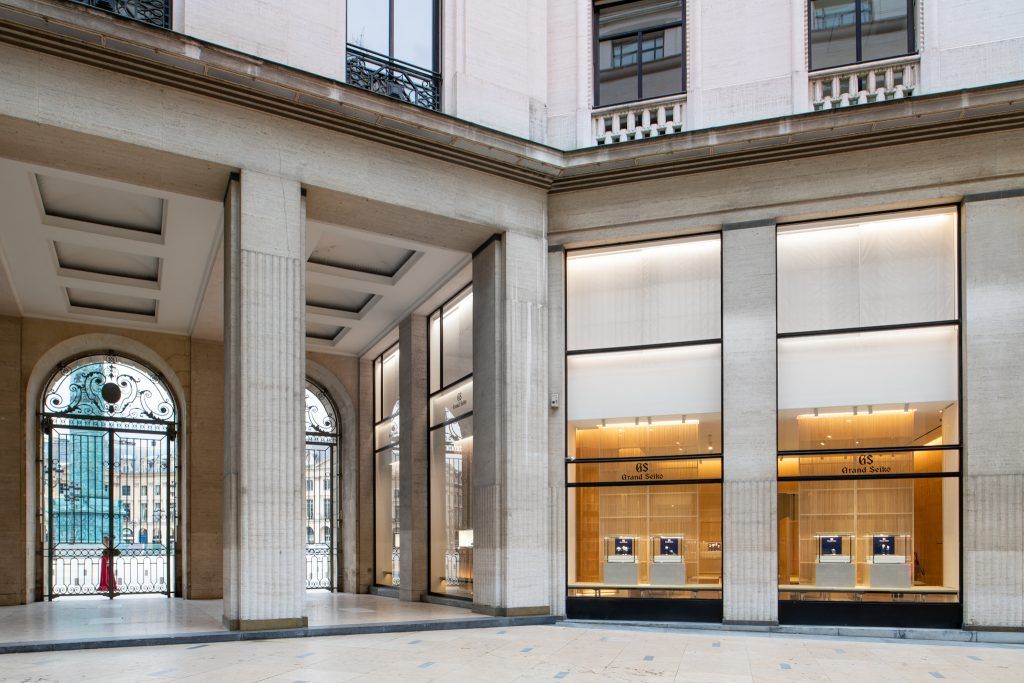 Inside Japan meanwhile, Grand Seiko have also unveiled a new manufacturing studio set in a landscape of trees near the slopes of Mt. Iwate. An entirely new free-standing building of 1,975 square metres, the studio was designed by master architect, Kengo Kuma who celebrated its natural environment with construction out of natural materials and an abundance of natural light.

The studio is home to the watchmakers who assemble and adjust Grand Seiko’s mechanical watches as well as an exhibition space where visitors can learn about the last sixty years of Grand Seiko and watch the next sixty years unfold. 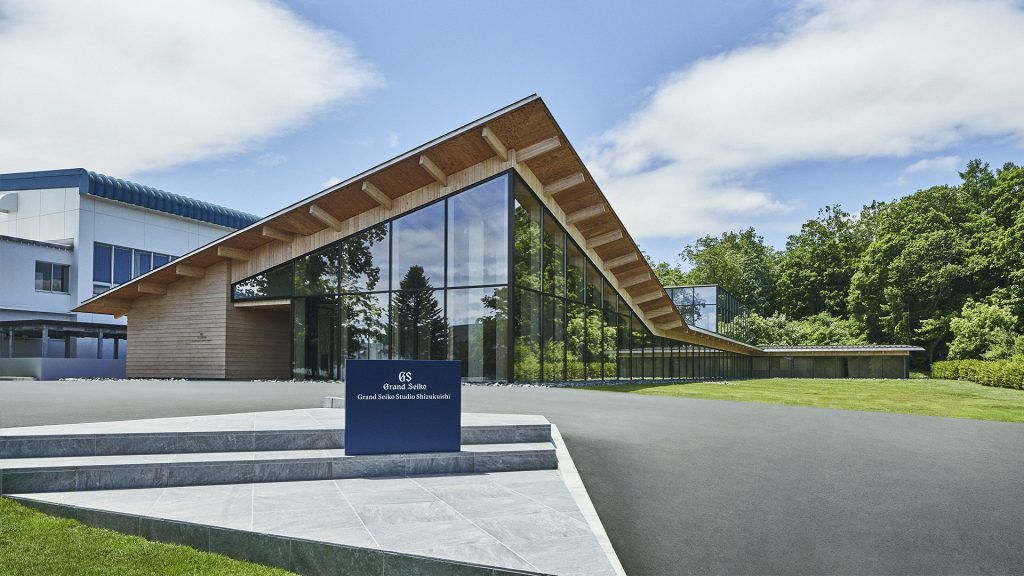 Experience the Grand Seiko collection for yourself in New Zealand at Partridge Jewellers in Newmarket and Wellington. 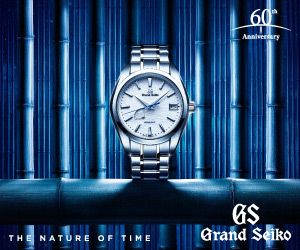